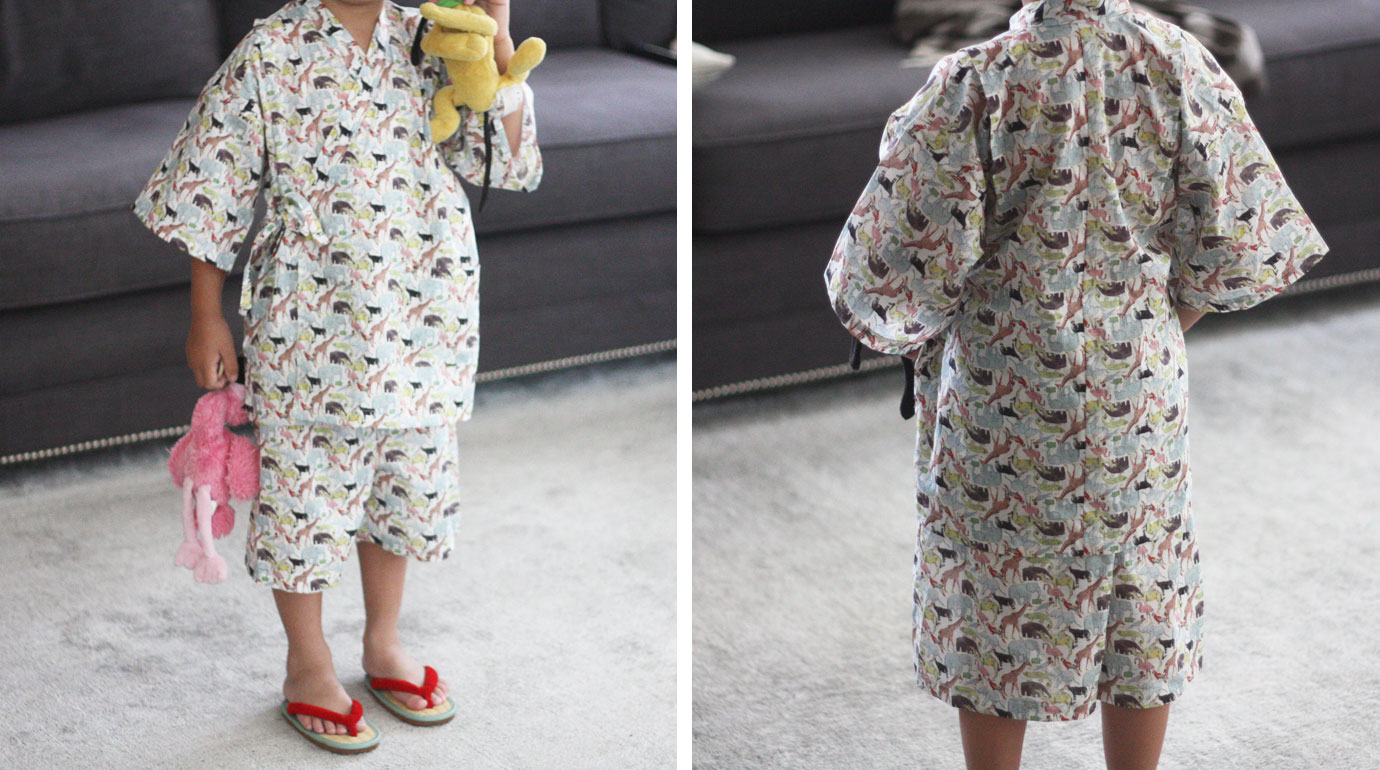 when the Kid was first born, he received a beautiful jinbei and a pair of traditional japanese zori sandals (pictured above).  the jinbei, he eventually grew out of, but the zori sandals still fit (sort of).  i’ve been meaning to replace his now too small jinbei for a while now, and when i stumbled upon dans la lune’s jinbei pattern,  i decided it was a must do summer project! 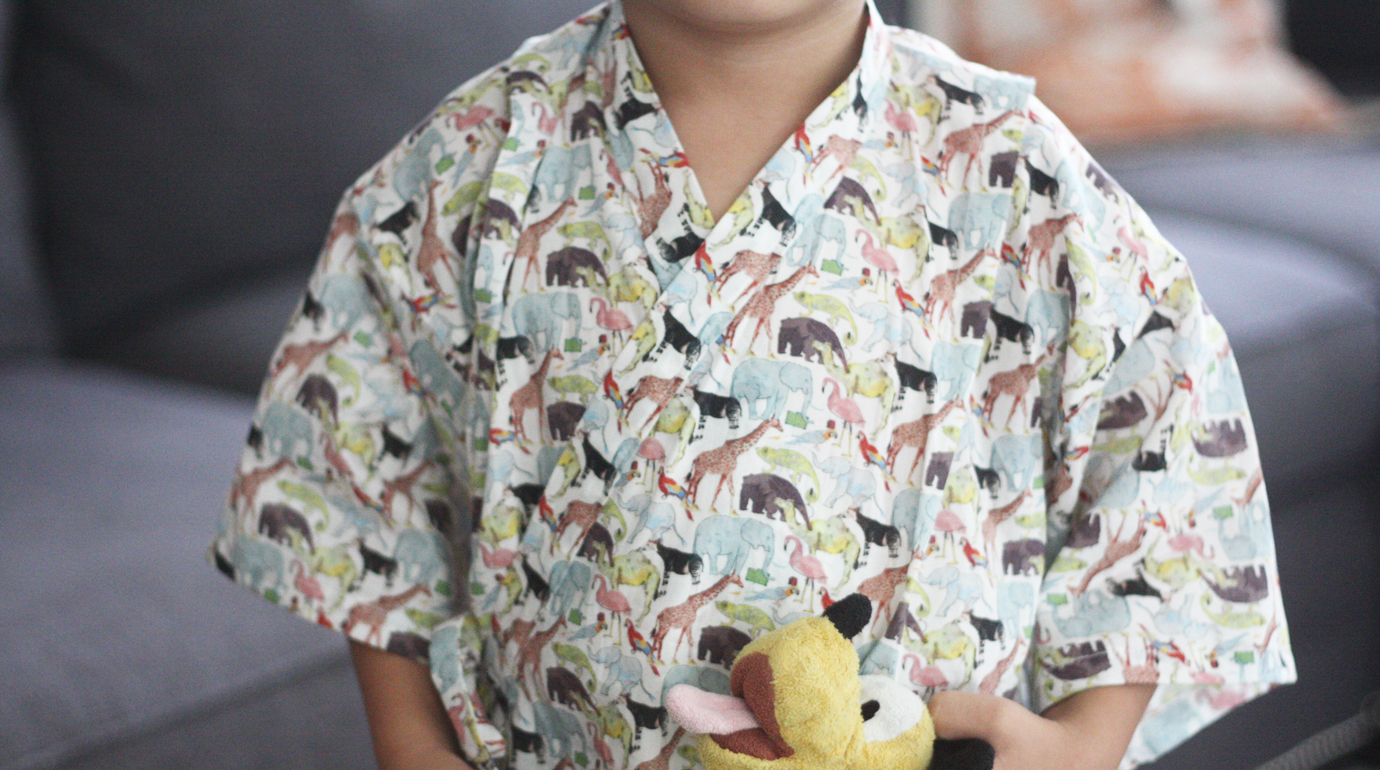 a jinbei can be thought of as traditional japanese loungewear.  it’s worn by both adults and children alike, and usually in the warmer summer months.  for children, a jinbei makes for great playwear or lightweight pajamas.  for adults and older children, the jinbei consists of two pieces.  a pair of loose fitting short pants and top.  the top, also loose-fitting, is tied on the inside and the outside. 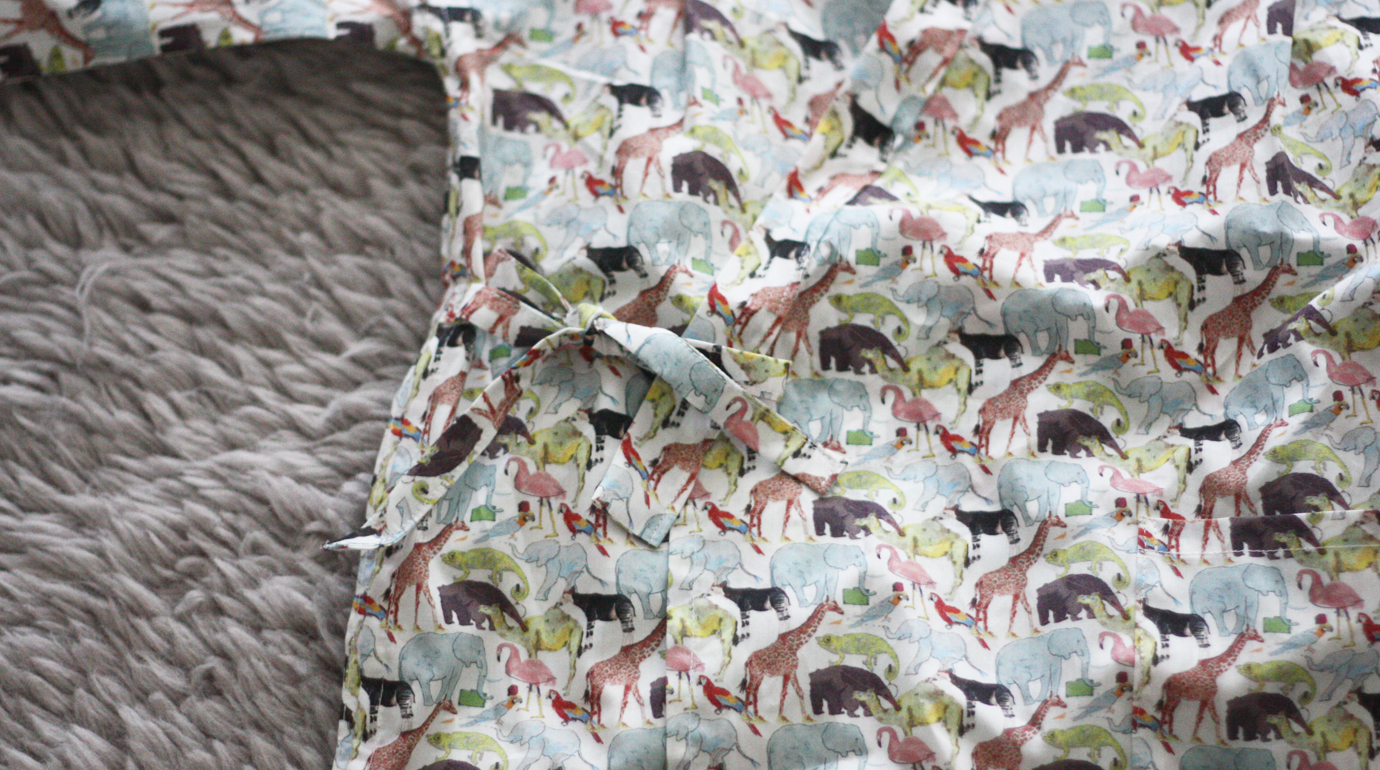 the Kid quite likes his jinbei! no doubt in part because the fabric I chose (Liberty’s Queue for the Zoo) contains flamingos, his favorite bird.  he liked it so much, that after our little photo shoot, he decided to wear the outfit to dinner . . . and then he slept in it later at night as well.  he also wanted his “friends” to hang-out in it, hence the photo below of pluto stuck in the jinbei‘s front pocket. 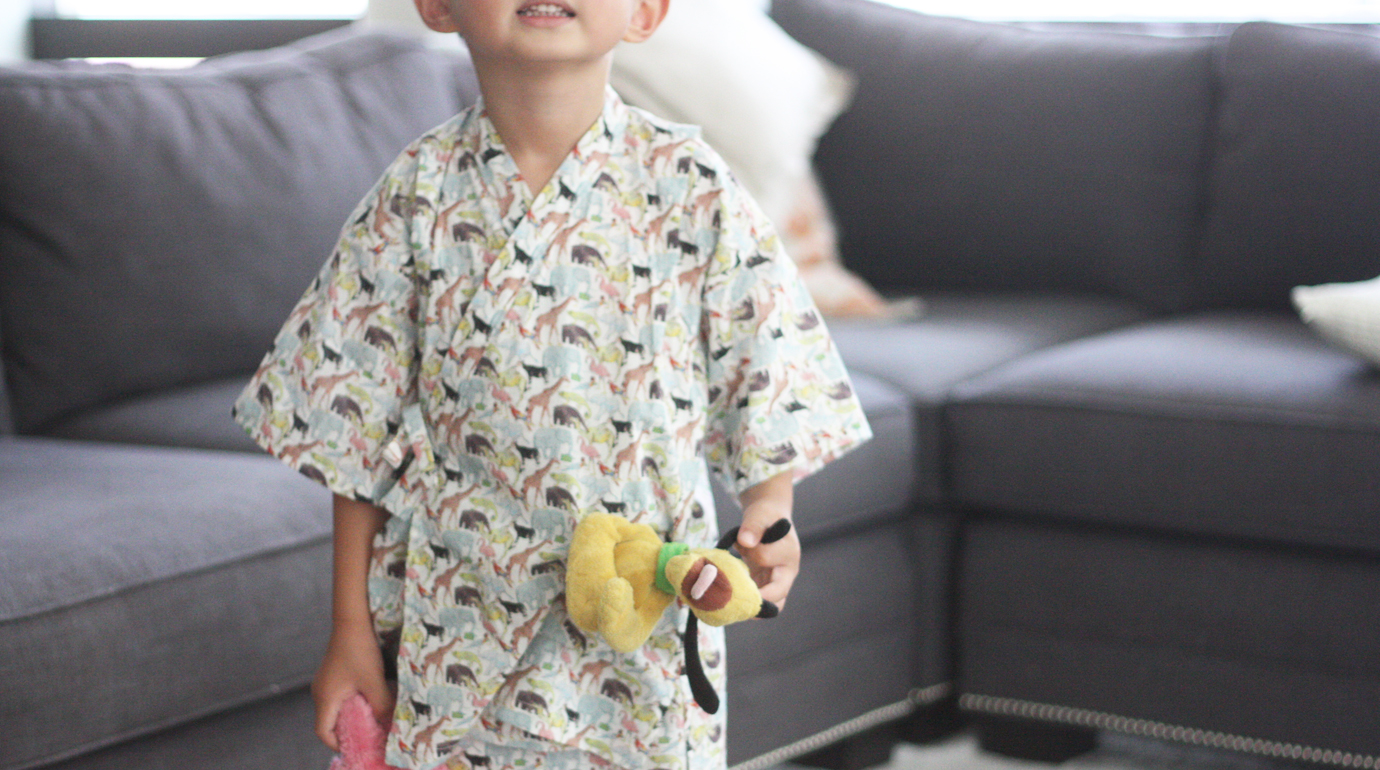 the pattern itself is quite a lot of fun to sew and a good way to learn about all sorts of seams: modified french seams, flat felled seams, clean finish edge, and serged.  i found yasuko’s pattern well-written and easy to follow.  the only modification i made was to change the serged seam on the sleeve to a french seam, so that all seams on the jinbei would be encased.

i would also note that the pattern is really designed for fabrics that are non-directional, i.e. all over prints or solids.  i used a directional print, and if you look very closely at the photos, you’ll notice that the animals are in a different direction on the left sleeve vs the right, and that the animals are running downwards on the back of the jinbei.  to use yasuko’s pattern with a directional print, you would have to make a modification to the body piece of the pattern and position the sleeves to be cut as vertical mirror images of each other.