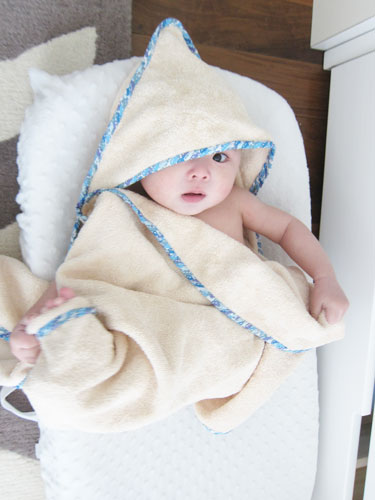 the baby has been growing like a weed in his first year. when he hit 28.5″ in length at six months, we noticed that he had outgrown his bath towels along with most clothing meant for a 12 month old. 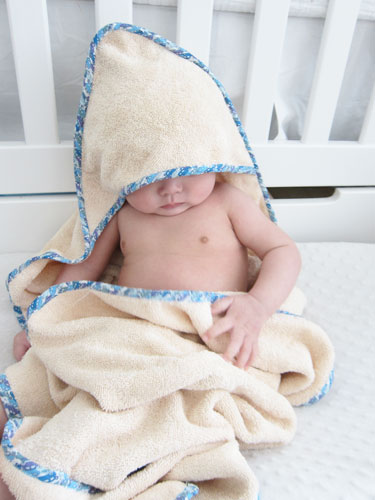 we couldn’t actually wrap him up fully in his existing towels, and on top of that, we had a hard time finding a bath towel in stores larger than 30″ in length. 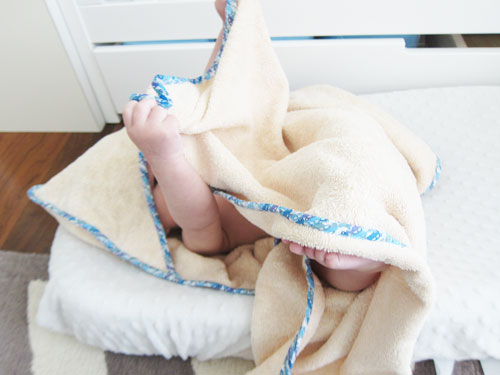 and so, we decided to whip out our sewing machine and get to work targeting a bath towel 35″ square, which would hopefully tide baby over for the next 6 months or so.  and indeed, at 9 months, the towel is still keeping baby toasty and dry after bath time with the unanticipated benefit of being a fun new toy for curious ‘lil hands and feet.

one last tip, when going around the rounded corners, we use a few extra pins and go super slowly on our machine . . . sometimes manually operating the wheel. 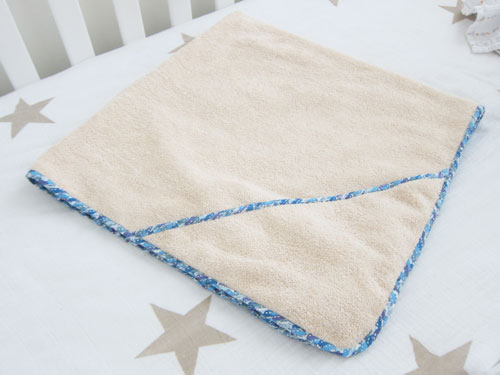